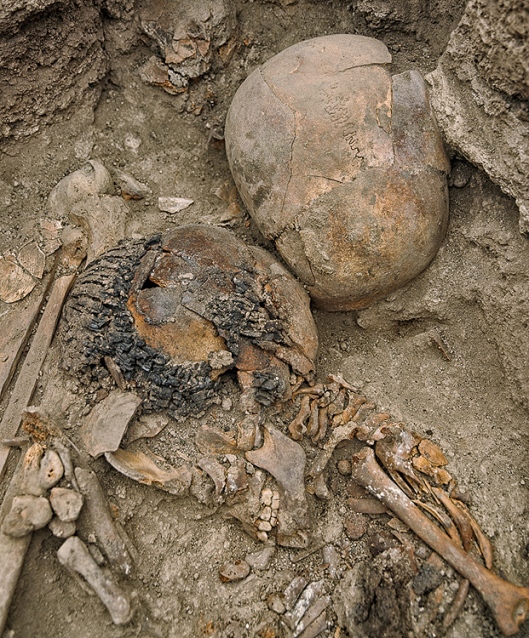 While it’s been a much slower season in terms of burials excavated this year, the quality of the finds thus far has been exceptional. One particular burial in Building 52 alone – still in the process of excavation – has already provided a number of very exciting discoveries. When the grave cut in the northwest platform was opened several weeks ago we were confronted with what seemed like a jumble of disarticulated juvenile skulls and other loose bones. As the grave fill was gradually removed, however, it became clear that all of the skulls but one were attached to fully articulated bodies. The first intact body we came across belonged to an infant placed in the northwest part of the grave cut. I’ve already reported on the well-preserved textiles found underneath this infant here. Later, however, as we removed the last of the fabric we realized there was an older child lying directly beneath the infant. It seems the textile was placed between the two bodies but did not appear to wrap around either of them. This second child was also found with a wooden object – possibly a bowl – placed over its head. While Mellaart found a number of wooden household objects during his work at Çatal in the 1960’s, this is the first time such items have been found during the current excavations. 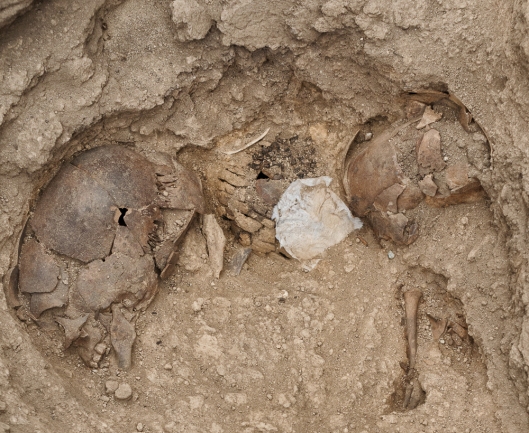 Western end of grave cut in northwest platform of Building 52 showing the tops of three juvenile skulls, one of which (center) is covered by a wooden object. The white tissue covering part of the wood was placed by the conservation team to hold it in place.

As we continued to excavate, the top of an adult cranium became visible at the far western edge of the grave cut. Shortly afterwards, an articulated adult foot appeared at the eastern edge. It soon became apparent that the grave had been dug to accommodate the tightly flexed adult and that all three juveniles had been carefully laid across the chest of this individual during a single burial event. Carbonized brain tissue was recovered from inside the crania of all three juveniles, which indicates their bodies were not fully decomposed when Building 52 was burned. In addition to the textile and wood remains, two small green stone beads were found near the infant and several large freshwater Unio shells, some painted with red pigment, were also found with these individuals. Loose cranial fragments and other disarticulated bones from what appear to be several additional juveniles were also recovered from the grave fill and may indicate that this burial had disturbed an earlier interment in the platform, or perhaps that these extra bones came from some other location and were intentionally placed in the grave. 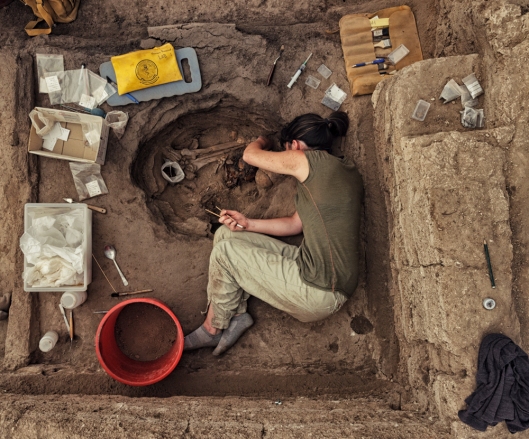 Yesterday the skull and most of the infracranial skeleton of the child with the wood object was carefully removed and taken to the conservation lab. Tomorrow we’ll completely expose and remove the adult skeleton before determining if there are any earlier burials within this platform. I’ve prepared a 3D model (below) of the adult skeleton with the last juvenile placed across its chest. This will form one of a series of 3D models I’ve constructed over the course of the excavation process in order to visualize the sequence of events that took place during this very unusual interment. True multiple burials such as these are rare at Çatalhöyük and they raise important questions: Why were these individuals buried together? Are they related? Did they all die at the same time? Is this the last burial event in Building 52 before it was burned, and is there a connection between elaborate burials such as these and the closure of a house? As such, it’s vital to gain as much information as possible about the individuals involved, the objects associated with them and the stratigraphic sequence of events. I’ll update this post again once the osteological analysis of these skeletons is complete. 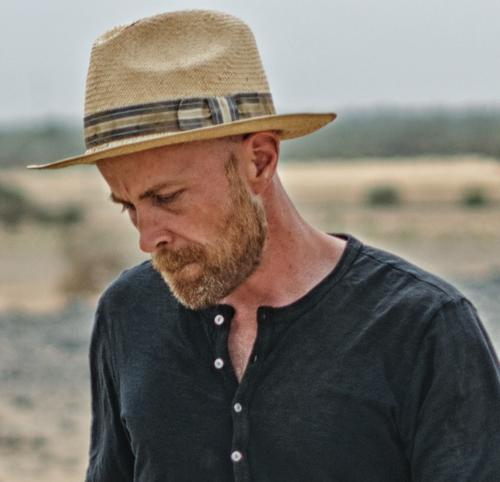